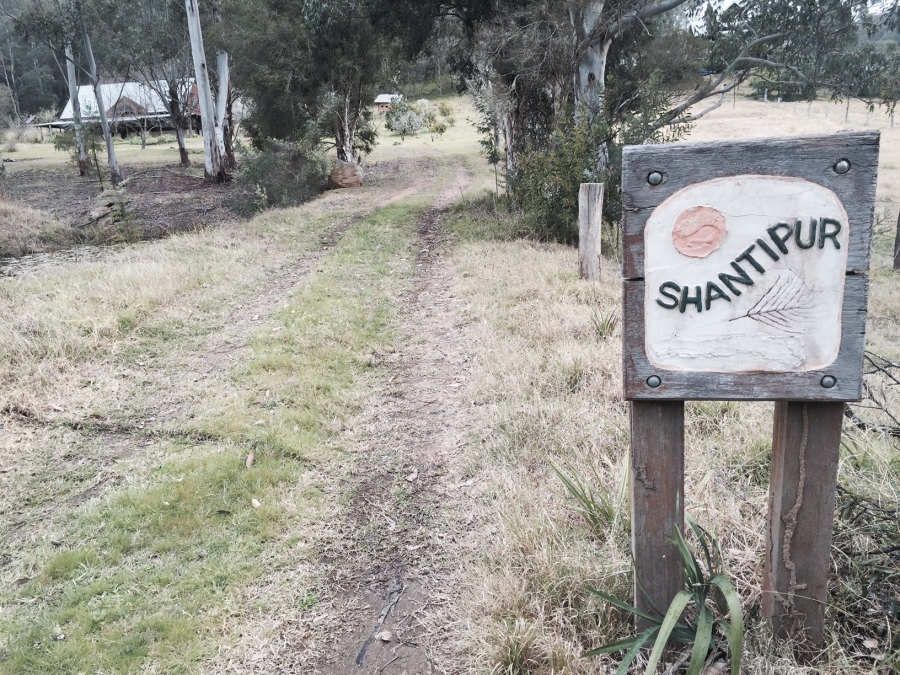 We broke new ground last week, completing our first full day of shooting for The Distribution of Voice. The location was one of great significance to our project: ‘Shantipur’ is the house in which Martin Harrison lived and worked for many years, up until the time of his death.

Situated in Wollombi, NSW, an hour’s drive west of Newcastle, the mostly wooden house sits on a beautiful and unkempt lot, crowded with tall native trees. In the middle distance to the west, across a paddocked valley, lies a dam that glistens differently as the light changes throughout the day.

It’s difficult watching the dam not to recall many similar bodies of water throughout Harrison’s work. The first chapter of On Composition, for example (entitled ‘Meaning’), comprises a lengthy meditation on the experience of looking at a lake, and of holding it as an ‘instance’ in mind—lifting it out of the world and into a poem. 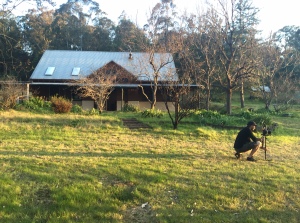 Such experiences of recall and association abound at Shantipur. As clouds close overhead and a fine, very slow, persistent rain begins to fall, there commences (one fancies) an undertalk of shimmerings and insect wings. As the treetops sway and rustle high above, one hears at the back of the mind the insistence that the meaning of their movement must be found. Inside, in the living room, one traces in air the dart and veer of imaginary bats which have, somehow, got in.

In short, Shantipur feels deeply a part of the Harrisonian literary world. It should: Harrison loved the place very dearly, continuing to live there until long after his health problems made it impractical to do so. 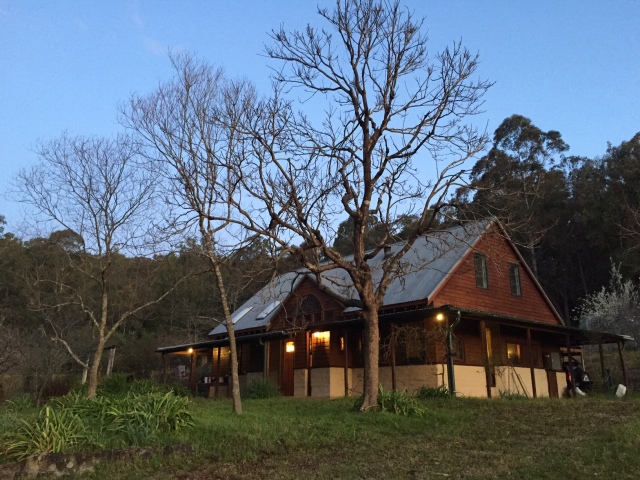 Yet there is also a sense in which the current state of Shantipur prevents any easy imagining—let alone mythologising—of the poet and thinker, however connected he was to this place, as somehow inextricably bound up with it. Shantipur has been cleared of many of the traces—papers, books, personal affects—that made it feel an almost unbearably intimate link to the man in the days directly after his death. At the first anniversary of Harrison’s funeral, the house stands in a strange melancholy—an interstitial moment, not quite within time: no longer what it was, not yet whatever it will become.